Richard Blott is a Chartered Electrical Engineer and part time consultant. Until 2016 he has been the Director of Space Enterprise Partnerships a micro-SME leading studies and advising national and international industry and agencies in new business and technical development. This followed 10 years management and business development responsibility for national and multi-national space research and demonstration projects. The projects included feasibility studies, development, in-orbit demonstration and new mission applications for state-of-the-art space propulsion, small satellites and space instruments.

From 2012 to 2015 he was Chairman of the International Astronautical Federation Propulsion Technical Committee whose membership includes representatives from 13 ‘spacefaring nations’. In the past he also chaired the UKSpace Science and Exploration Committee.

During his career he has created many successful national and international partnerships working with industry, space agencies, European, UK and US governments and academia.

After graduation his early career in the Royal Navy involved responsibility for guided missiles. Later responsibilities were for command systems and satellite communications and as Naval Technical Advisor for Space.

Richard is a member of the British Interplanetary Society (BIS). 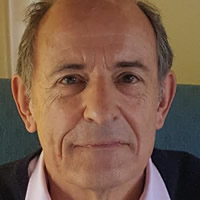 Charles Matthews is a graduate professional engineer and a barrister. Following service in the Royal Navy he spent his career in the telecommunications industry with postings in Paris, London and Sydney in corporate legal roles and in general management.

Appointments have included assignments as a development engineer, general counsel leading a multi national team of in house lawyers, director of a clean room manufacturing facility, chief compliance officer of a French global corporation and CEO of a mid size telecommunication business.

For several years he was chairman of the UK’s leading exporter of telecommunication equipment developed and manufactured in London’s largest factory and sold worldwide.

He is called to the bar in England and Australia, his main areas of legal practice being international commercial law, technology agreements and the investigation of and prevention of corrupt business practices.